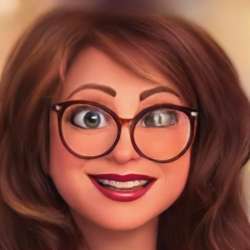 How to start a Chat

Back then I was 31, chatting online was still pretty new. And we had to learn how to chat with one another. Even though I am STILL closeted to a degree, I feel that I can offer some insights on how to get a response from women like me when you try and chat us up.

Let me start off with a list of items that can help you improved your chances for chat:

-Have a profile pic - No one likes chatting with a disembodied person. And GUYS... I get it. You don't want to post your pic because you think there is a chance that somehow you will be outed. Back when this site was owned by someone else, the chat room was more Wild West, and there would be a lot of trolls looking to cause problems. Sure, there are still trolls, but the problem isn't nearly as bad as it used to be. I think conditions are better now because a) the Support chat room has Monitors that can boot jerks from the room and block them from coming back. b) I think people in general are not tolerant of jerks when they come to a room and start causing trouble, and find a way to bully them back. c) I think that gender-bending is becoming more mainstream. The general populus is becoming aware of gender issues and being more tolerant of LGBTQ+ people. The idea of outing someone on the internet is probably less of a threat than is was 20+ years ago. That means for everyone: the girls, the guys, the admirers, etc.

-If you are going to have a profile pic, make it a good picture - There used to be a policy here on this site (urnotalone.com) that your profile picture had to conform to certain standards: It had to be a face or upper body pic, it had to be decent lighting, and not blurry. (at least those are the rules as I remember them) When the latest buyer took over, the rules seemed to change. The profile pics (and the others we may post) seem to still need to be approved. I'm not exactly sure what the criteria is now, but that's neither here nor there because this section is about having a better presentation so that someone will engage you in chat after you've approached them. Since we all know that the girls are typically the eye candy that show themselves off to get the attention, I think we all expect to see more women here being pretty and presentable. But from where I sit, when an admirer wants to approach me and wants to engage me in some sort of chat, I check out their profile. Do they have a profile pic? Is it a good pic? Do they look like someone I'd enjoy chatting with? Look, it surely seems that the girls here are doing the lion's share of being presentable. We go to great lengths to do so. When I look at your profile and it has a picture that doesn't show you in a presentable manner, I'm far less likely to respond if you've tried to chat me up. Of course, I will probably hold you in contempt if you have no pic whatsoever.

Here's a recent scenario: There's a gentleman I've seen for years here in one of the chatrooms. I was looking through his profile and discovered that he had more pics on his profile than just the main one. His main profile pic made him look mean, and frankly a little scary. I looked through his other pics and found that there were a few pics of him that made him look happy, and approachable. So, I struck up a convo with him and politely suggested that he use a more presentable picture for his main avatar pic. He liked the idea and switched to the one I suggested. He then told me that he used the mean looking one because it was most recent and probably the most representative of what he looked like in general. I pointed out that he's still the presentable guy, even if that pic is a few years old. Besides, we live in a fantasy world here in cyberspace. Why not put your best foot forward. As the saying goes, "You don't get a second chance to make a First impression." I'll have to contact him again and see if he's gotten a more positive response to the older, and dare I say, more handsome pic.