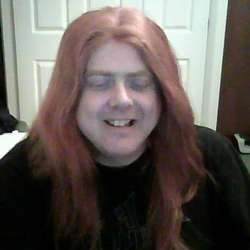 Iâm a visually impaired person who born with 2 rare eye conditions, aniridia and nystagmus and also cataracts and glaucoma. As a kid in the 80s I have played various computer games from original games console Pong to various arcade games while on holiday. Although I was obviously at a disadvantage, I still enjoyed playing these computer games and did my best.

In the 90s I played wither computer games in couple of pubs, cinemas (while waiting to go into to see the film) and even after being involved a car accident, I played on a Sega Mega Drive that was borrowed from a neighbour and then had my very own which I spent hours playing and experienced my very first RPG (Role Playing Game) which I often played a female character.  At school in the 80s and couple of times in the 90s I have played couple of PC games which werenât as good as on the Mega drive.

It wasnât until the 2000s where I got onto the internet and a Xbox 360 where my love of PC and console games really started. My very first PC game was Halo and I also played Civilization, a game where you create a civilization and fought couple of other civilizations for domination and even a few historical scenarios. As for my Xbox 360 certain games were recommended and one of them was Elder Scrolls Oblivion where I created my first female game character.

I am very happy to play a female character more than a male one and as a visually impaired gamer, I do my best and I use my monocular (small telescope) at times which proves anyone can play computer games.