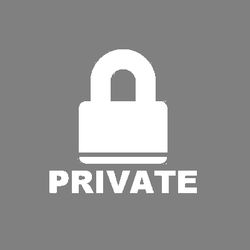 whatever happened to sincerity and honesty?

When I first joined this site many sunsets and sunrises ago, I had befriended someone who opened up about their past. The person was determined to be accepted in the world as a woman. She lived 21 of her 40 years as a woman. I knew her prior to her sexual reassignment surgery, and afterward to her untimely passing. She did not die a merciful death, but from negativity brought on by her family. In the time I knew her during the pre-teen years we traded baseball cards, flipped baseball cards, and even almost getting caught smoking in the woods in the local park while reading "girly" magazines. Later in life we got re-re-acquainted.. When I first saw her, I thought she was the girlfriend/ fiancee' of her former self. She told me no, and then explained that after many years of pain inside that she was tormented by wanting to be able wake up in the morning and be a woman. She was depressed and disappointed that it never happened. She feared her family would think of her as a homosexual. She decided to come home and come out to her family. It was to be a family reunion of sorts, at least in her mind. Her immediate family was blended. Both parents remarried and brought in two siblings. She had three sisters and three brothers and with her/him the middle. She looked forward to be being welcomed back home. Sadly, it didn't turn out that way. I had asked if she is happy? Yes. I asked how can I help? She asked that I be with her when she "outs herself to family". I told her, âYou have been my friend many years and I won't give up on your happiness.

So i went with her to see her family. Mom answered the door, and she recognized me, possibly my dimples or maybe my eyes. The family greeted her, presuming she was either my girlfriend or even my soon-to-be bride. Only after waiting a half an hour, the moment arrived. She stood up at the dining room table, straightened her skirt, and as I stood by her side, she cleared her throat. She introduced herself as the boy they knew. You could have heard sound of a pin drop. Her mother cried, her sisterâs jaws, and the two brothers wanted to punch me saying that I corrupted HIM. Her father just stared at me. I said, âI accept this beautiful woman as member of your family. I ask on her behalf that you do the SAME.â They did not accept her and felt that her transition was perpetrating a mean trick on them. Fast forward 6 months later. Her family still disavowed her. She lived in a different part of the country. I received a call from the local police. Apparently, she committed suicide and since my name and number was only one that she had on speed dial, I had the task breaking this news to her family.

It made me happy to know her and be known by her.

Another storyâ¦ I have an ex-girlfriend. We had met through mutual friends. She was also post op. We had dated for 18 months, and I proposed. She didnât give me an answer right away. She simply "disappeared" and was later found again. When she confided in me her past I asked if she is happy? She was! But she was afraid i couldn't accept her, which I did. We agreed to tell those who asked why we broke up that we just fell out of love, even though it turns out she was already married when i proposed. I accepted her as a woman inside out, not outside in. If it is wrong, I plead guilty.I have since educated myself on the subject of gender dysphoria and all things related to it. If I met a lady (whether pre-op, post-op or non-op) I bet I can ask intelligent questions and not feel ashamed. If you see me in chat, say HI. If you want to know more about me "ring my doorbell" i gladly welcome you into my world.

Mind you, I don't believe in forced-feminization or demeaning rituals that degrade woman, so don't expect me to be over-bearing, or domineering, let alone be mean abrasive or condescending either.

Thank you for reading. Feel free to email me your comments